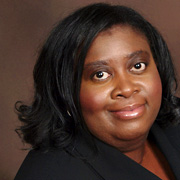 Teresa Wilson is Vice President Regional Operations for Calpine where she has responsibility for safety and operational excellence along with leadership development for the North Central Region. Calpine is America’s largest generator of electricity from natural gas and geothermal resources with robust commercial, industrial and residential retail operations in key competitive power markets. Calpine has a fleet of 79 power plants in operation and under construction represents approximately 26,000 megawatts of generation capacity. Calpine serves customers in 24 states, Canada and Mexico through wholesale power operations and retail businesses.

Ms. Wilson joined Calpine in June 2017 as General Manager Operations and was promoted to her current role as Vice President in October 2017. Ms. Wilson is a member of the Diversity & Inclusion Advisory Committee and co-chairs the Operational Excellence Working Team. Prior to joining Calpine, Ms. Wilson served as General Manager Gas Operations for Tennessee Valley Authority, a corporate agency of the United States that provides electricity for business customers and local power companies serving 9 million people in parts of seven southeastern states. Prior to that, Ms. Wilson spent four years at Duke Energy as a General Manager for Smith Energy Complex and as the General Manager for Operational Excellence. The majority of her utility career was at Progress Energy where she held a variety of roles in engineering, operations and plant management.

Ms. Wilson has more than 20 years of leadership experience in the energy industry leading and managing in the areas of operations, continuous improvement, leadership development, diversity and inclusion and change management as well as five years as the founder of Destiny Unleashed LLC providing leadership and career coaching and consulting. Teresa is a Leadership Coach with several UNC Kenan-Flagler Business MBA Programs.

Teresa has a bachelor’s degree in Electrical Engineering from Clemson University and a MBA from Meredith College. She received her Personal and Executive Coaching certification through the Coaching & Positive Psychology (CaPP) Institute in 2013.